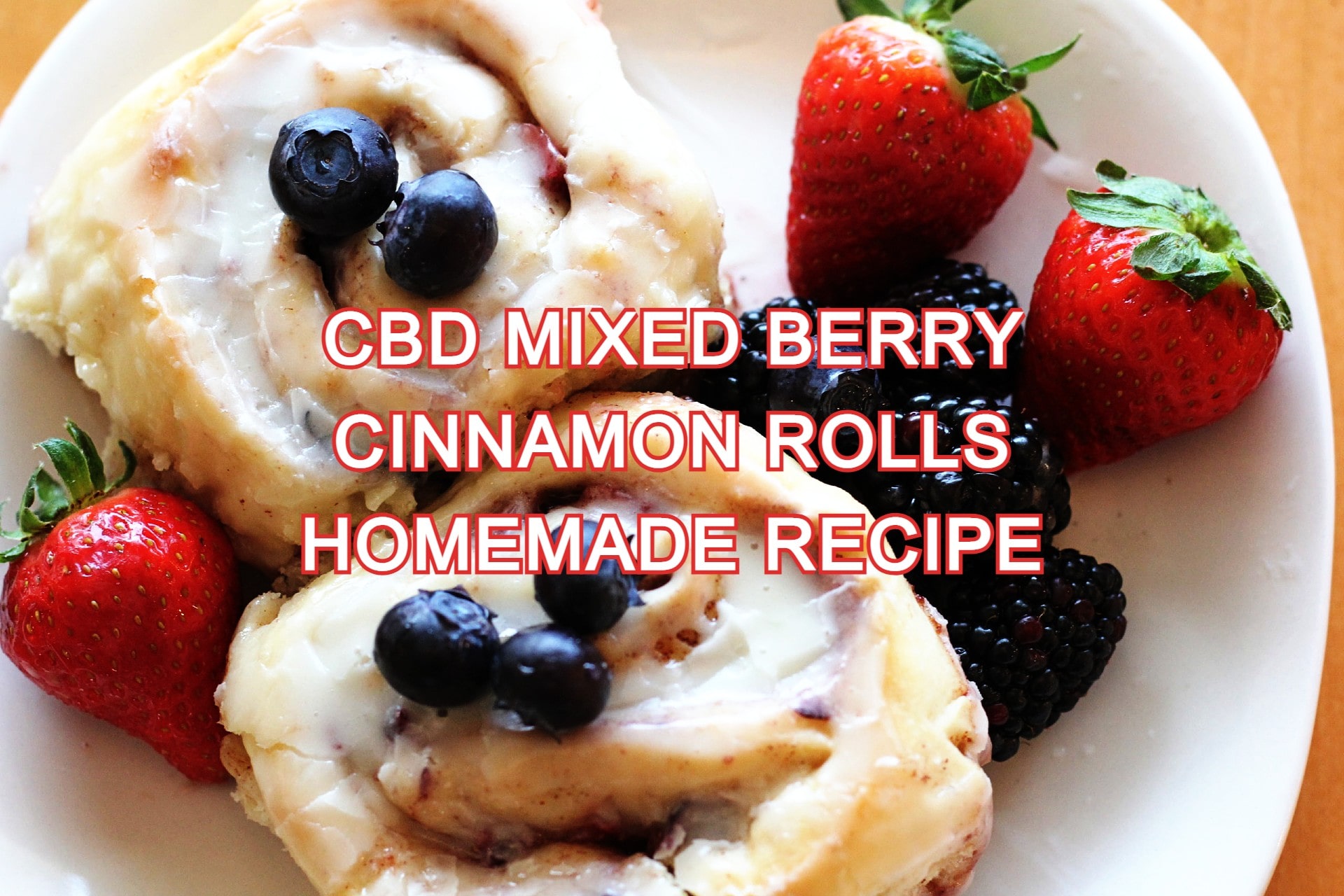 These CBD mixed berry cinnamon rolls will give you a super delicious way to start your day off! If you’re a fan of homemade desserts and don’t mind getting your hands a little dirty, these CBD cinnamon rolls are well worth the trouble!

Stir in your sweetener, sprinkle yeast on top, and set aside for 5 minutes (if it doesn’t bubble up, either the yeast is no good or the milk was too hot/cold).

Next, stir your oil/butter and vanilla into the milk mixture.

Then, stir the milk mixture into the dry-ingredient bowl to form the dough. If needed, add more flour until it’s dry enough to form into a ball.

Place the dough ball in a greased bowl, cover loosely, and set in a warm place for 1 hour. The dough should roughly double in size.

After the dough has risen, punch to deflate.

Knead with your hands for 5 minutes, adding around 5 tbsp of flour as you knead so the dough doesn’t stick to your hands.

On a floured surface, roll the dough into a thin rectangle (just under ¼-inch).

Then, stir together all remaining ingredients (just not the ingredients for the icing!) and spread them over the rolled dough.

You can either cut the dough into long strips and roll each one individually or roll up the full length of the dough and slice it into cinnamon rolls. Be sure to roll them up tight!

Place the cinnamon rolls in a greased 9×13 pan and cover loosely for 30 minutes (or cover and refrigerate overnight).

When ready, preheat your oven to 325°F and bake the cinnamon rolls for 20 minutes.

Combine butter (or replacement), powdered sugar, and vanilla in a bowl and blend on high until creamy. Then, add your desired amount of Water Soluble CBD into the mix.

Now add the icing to the rolls and top with mixed berries or any other desired toppings.

And there you have it, your very own homemade CBD mixed berry cinnamon rolls. Enjoy!